Gerry was born in 1948.  He graduated from Edinburgh University in 1971 and was a secondary school teacher by profession.  He taught economics and modern studies, developed a keen interest in the theatre and has written a number of plays with a historical theme including Czechmate in 1982, Montrose in 1993, and Lie of the Land in 2008. The last of these plays was the powerful story of two cousins from his home town of Tillicoultry who were both awarded the Victoria Cross at the Battle of Loos in 1915.  Energised by the research he had undertaken to write this play, he was intrigued by Jim Macgregor's work on the First World War, and their mutual interest developed into a passion to discover the truth amongst the lies and deceptions that the official records contained.

Jim was born in Glasgow in 1947 and raised in a cottage in the grounds of Erskine Hospital for war disabled. There he witnessed the aftermath of war on a daily basis and, profoundly affected by what he saw, developed a life-long interest in war and the origins of global conflict. Leaving school at fifteen he worked in jobs as diverse as farm labourer, animal husbandry and medical research before graduating as a medical doctor in 1978.  Jim left medical practice in 2001 to devote his energies full-time to researching the political failures in averting war. His numerous articles have been published on subjects such as miscarriages of justice, the Iraq War, global poverty, and the rise of fascism in the United States.  His powerful anti-war novel The Iboga Visions was published to critical acclaim in 2009. 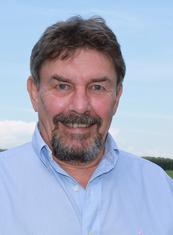 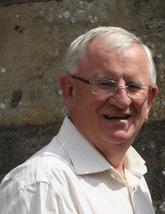 ​Gerry Docherty and Jim Macgregor first met in a pub near Glasgow University on the day their sons graduated. They discovered a shared passion for researching the history of the First World War, and have collaborated on this as a full time project since 2008.  Over this period they have delved deeper and deeper into manuscripts, rare original pamphlets, autobiographies, records from Hansard and the Library of Congress. Amongst other places, their research has taken them to the National Archives in London, the Bodleian Library at Oxford and the National Library of Scotland.  Hidden History has drawn much from those writers and historians who, in the aftermath of the First World War, began to question what had happened and how it had come about.  The efforts of a few brave post-war historians to challenge official accounts was largely dismissed by the Establishment, but they left a clear trail of credible evidence that helped guide Docherty and Macgregor through the morass of half-truths and lies that are still presented as historical fact.  Without the cumulative effort of historians like Professors Harry Elmer Barnes, Sidney B. Fay and John Skirving Ewart, together with the profoundly important revelations of Professor Carroll Quigley, it would have been impossible to unpick the web of deceit woven around the origins of the war.​